Checking that the mistake on p.171 was deleted properly

It’s a week until The Glasgow Coma Scale is published, and I’m delighted I’ve already had a couple of reviews. The Skinny calls it “an intriguing debut, capturing the psyches of two very different people as they look sidelong at the reasons their lives haven’t gone quite as well as they’d hoped” — those two being Angus, the former art teacher fallen on hard times, and Lynne, the ex-pupil who helps him out not quite out of the goodness of her heart.

The Stirling Observer has also published a generous review which turns out not to be available online, intriguingly demonstrating that ‘offline-only’ journalism still exists in 2014. As well as discussing the journey Angus and Lynne go on together — becoming more dependent on one another the more their increasing enmity makes them want to break apart — the review notes that the book “turns its gaze to questions of gentrification, economics… art… [and] the personal tussle involving in deciding whether to declare yourself a resident of Maryhill or North Kelvinside.”

Above: it’s me, last week, having opened the parcel containing finished copies of the book. I asked Mark to document this process, figuring that there’s only one time in my life I’ll ever get to see final copies of my first book for the first time. As I had no involvement in the cover, which was designed by clever Jonathan Gray, I can fairly say how terrific the finished product looks. It’s a book you’ll want to pick up and stroke when you see it in the shops next week. And then you’ll want to take it to the till.

2 thoughts on “First reviews of The Glasgow Coma Scale” 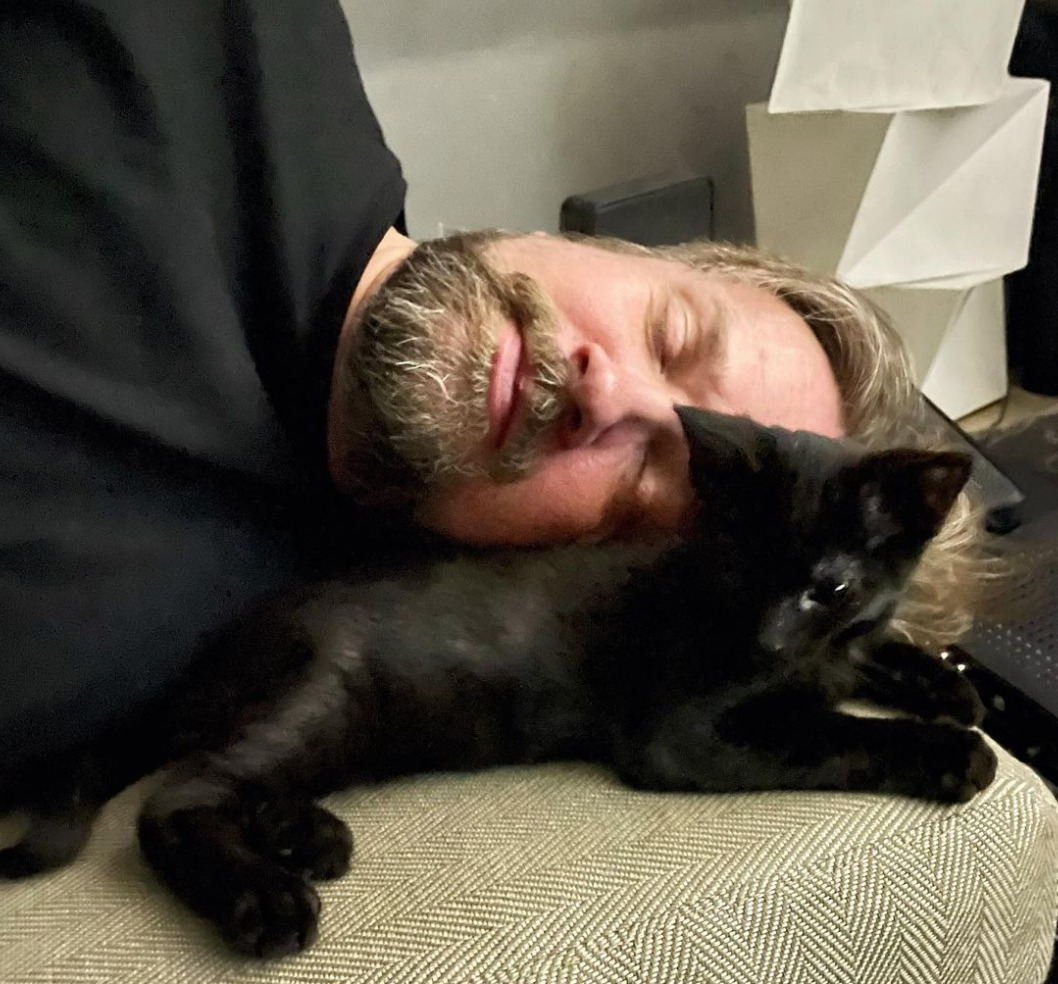